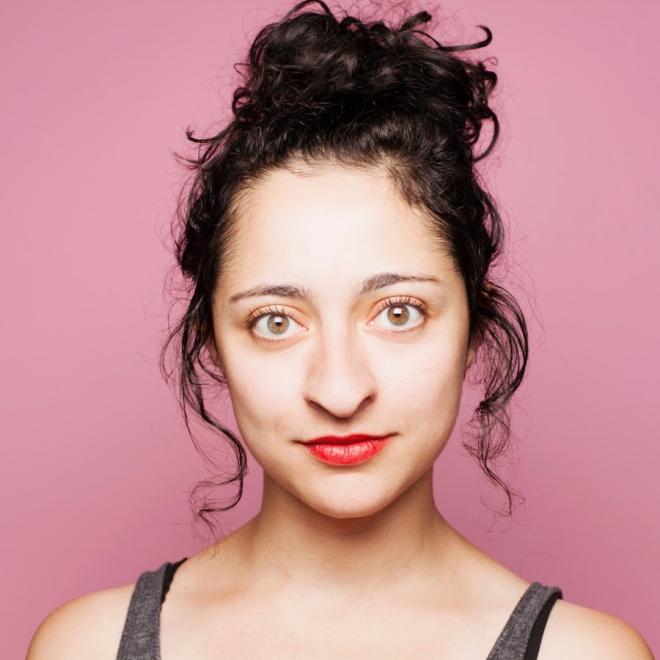 Mitra Jouhari is a writer and performer based in Brooklyn. She has written for High Maintenance on HBO, Pod Save America on HBO, Miracle Workers on TBS, and The President Show on Comedy Central, for which she was nominated for a WGA Award. She worked on the inaugural season of Full Frontal with Samantha Bee and was a punch-up writer on season five of Broad City. She is a member of the comedy trio “Three Busy Debras,” who, following a sold-out run of their play at the Annoyance Theater, performed at Carnegie Hall and recently filmed a pilot for Adult Swim. She has appeared on Broad City, Miracle Workers, Friends From College, The Big Sick, President Show, Full Frontal, Three Busy Debras, Search Party, and High Maintenance. Upcoming projects include a lead role in the film, F1, directed by Shahrzad Davani.