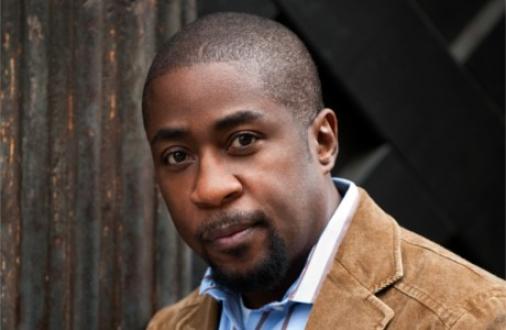 Keith Robinson is the quintessential comedian’s comedian, admired by his fellow artists – his great art of inherently subverting his audience, shaking them out of their cozy assumptions to fresh perspectives sustains his comedic prominence. His commanding stage presence has gained him appearances on MTV, VH1, HBO’s Def Comedy Jam, TBS’s family comedy series Are We There Yet, The Chelsea Lately Show on E! and Late Night with Conan O’Brien. Many talented comedians can make you laugh but it’s difficult to find a comedian who rises to a level of middle brow brilliance finding comic expression in cultural/racial disparities, his mischievous past, and political absurdities, which leads to a further probing deep beneath Keith Robinson’s hardened pseudo-street exterior to expose his geeky indisputable-intellectual interior. It is within the comedic improvisation of standup where his strident honesty and confrontational style expose the conspicuously concealed obvious – spilling to observations that masterfully make him a skillful teller-of-tales. In his teens, Keith began cultivating his wit with his "back of the bus funny," subsequently working the comedy circuit in his hometown Philadelphia and securing a spot as one of the finalists on Ed McMahon’s Star Search. He did not take home the $100,000 prize, but his career as a comic and actor mushroomed. He now merits a coveted comedic and acting career on the stage, screen, and television. Keith’s impressive record of accomplishments include his self-titled special on Comedy Central, a standout regular on Tough Crowd with Colin Quinn, writer and central performer on The Wanda Sykes Show and writer for the Chappelle Show. He was recently seen in Kevin Hart's record-breaking movie, "Laugh at My Pain." One of New York Comedy Cellar’s elite, where he frequently hosts, Keith Robinson has a reputation, best described by Cringe Humor for "being the best at impromptu zingers and one-liners that annihilate his colleagues." His first hour special, recorded live in New York at The Gramercy Theater: Kevin Hart presents Keith Robinson in Back of the Bus Funny, is now released on iTunes, Hulu, Amazon, and Google Play.