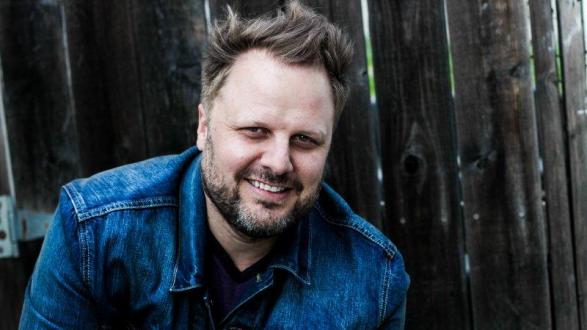 Forrest Shaw is not fond of stupid people. Lucky for him there is stand-up comedy, the perfect way to vent his frustrations while also sharing his own faults and failures with the audience. Opening up about his gambling addiction, struggles with health, and his life growing up in Miami raised as an only child by his single hippie mother, Forrest delivers his stand-up with an intriguingly unique perspective on life. He became a comic after a decade of life as a marine biologist. Saving manatees and counting seagrass by day, at night, he dedicated himself to comedy, quickly working his way into regular club work and eventually having to retire from his career as a biologist. Forrest Shaw is a sharp, cynical critic of our shortcomings as a species, and points out these observations with precision in his hard-hitting, quick-witted act.Forrest Shaw made his television debut on Conan in 2014 and appeared on Gotham Comedy LIVE on AXS TV in early 2015. He has performed in numerous festivals such as, Comedy Central’s South Beach Comedy Festival, Boston Comedy Festival, Big Sky Comedy Festival, New York Underground Comedy Festival, World Series of Comedy, & the Comedy Central Open Mic Fight and was awarded 2013’s Ultimate Miami Comedian. Forrest is featured in season 2 of the FXX show Legit and has also appeared on Animal Planet. Forrest is a co-writer (and lead actor) of the award winning web series Labor Days (labordays.tv). He is co-creator of the weekly What’s What Podcast (whatswhatpod.com). He can also be heard on Sirius/XM Satellite radio, Pandora, and Spotify. His debut album ‘Mister Grizzly’ was released on November 18, 2014 on Comedy Records.