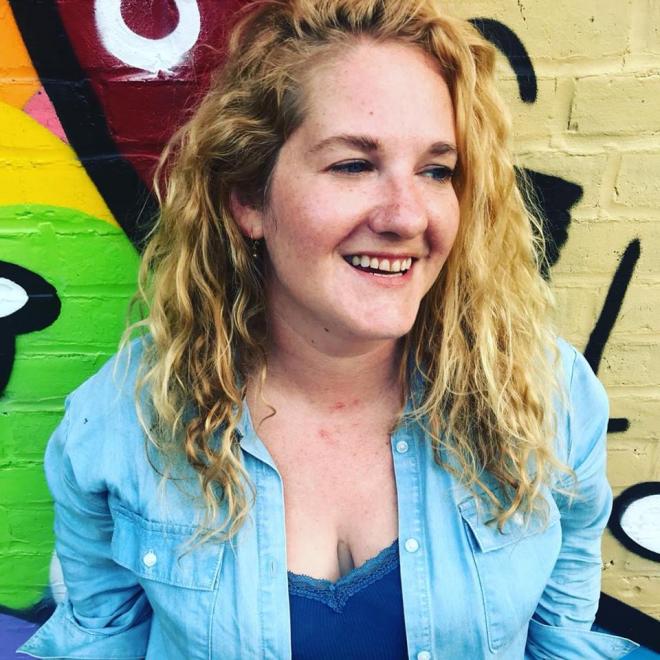 Brooke Arnold’s daring style of dark, provocative, and intellectually-savvy stand-up quickly made her a celebrated newcomer in the New York City comedy scene. Brooke has appeared on MSNBC’s The Last Word with Laurence O’Donnell , CNN, CBS’s The Insider , HLN Weekend Express , and other national television programs. She’s a frequent guest on HuffingtonPost Live, RaceWars , and Keith and the Girl. In Spring 2017, Brooke toured the United States and Canada on the You’re Making it Worse tour starring Kurt Metzger and Barry Crimmins. Brooke is the creator and performer of the autobiographical hour-long solo show Growing Up Fundie , which combines stand-up and story-telling. Growing Up Fundie had a sold-out run at the New York City Fringe Festival and was voted “Best of the Fringe Fest” by audience members. Brooke is also known for her incisive personal essays, and her article for Salon about growing up in the Christian Patriarchy/Quiverfull/ATI church became a viral sensation with over 150,000 Facebook shares. Brooke has been a critical part of the national conversation about abuse scandals within fundamentalist Christian communities